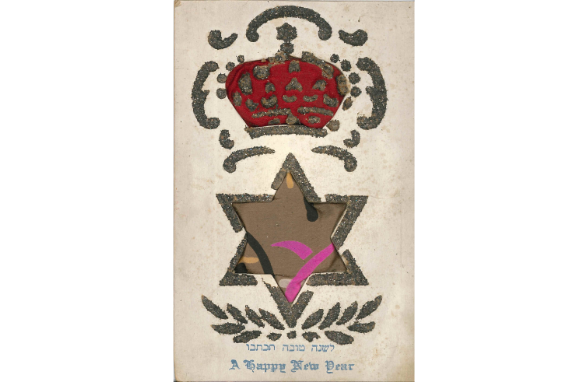 This New Year's card reads "L'shana Tova Tikatavu" under a glittery image of a crown and Jewish star. 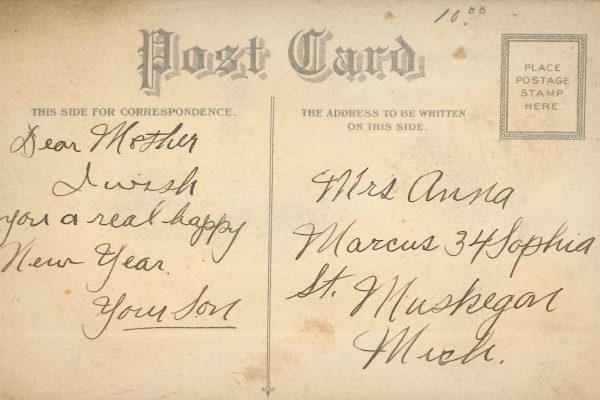 This card was sent from a son to his mother in Muskegon, Michigan 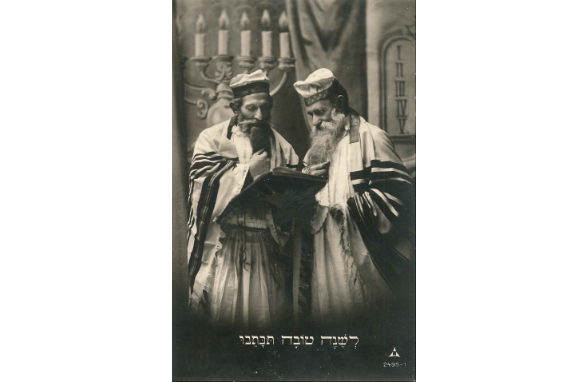 This card also reads "L'shana Tova Tikatavu," which translates to "may you be inscribed in the book of life on this new year." 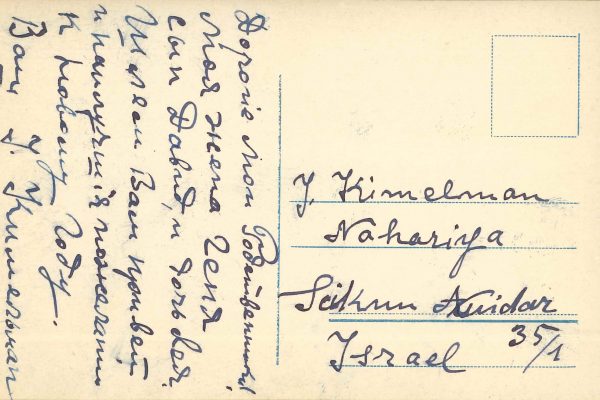 The card is written in Polish and addressed to someone in Israel. 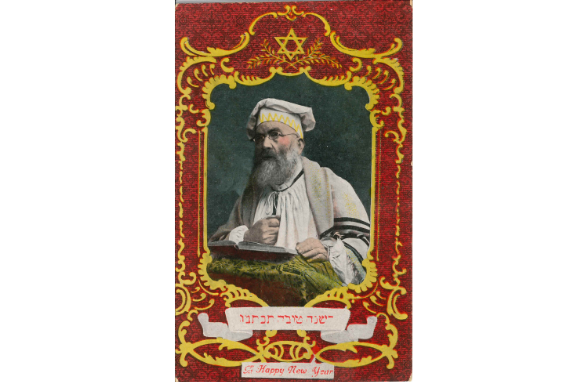 The Rabbi depicted in this postcard is wearing traditional Rosh Hashanah clothing of a white robe and skull cap. 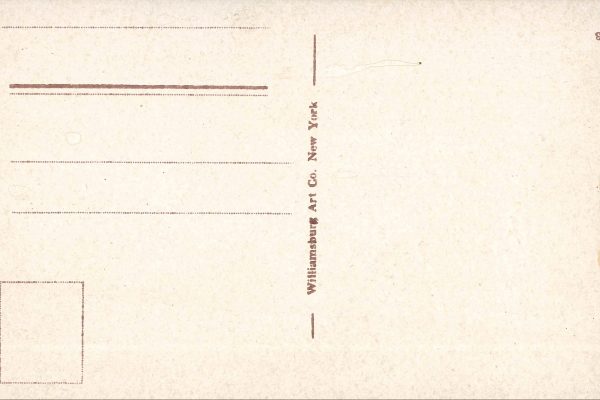 It was published by the Williamsburg Art Company, a printing company in Saxony. 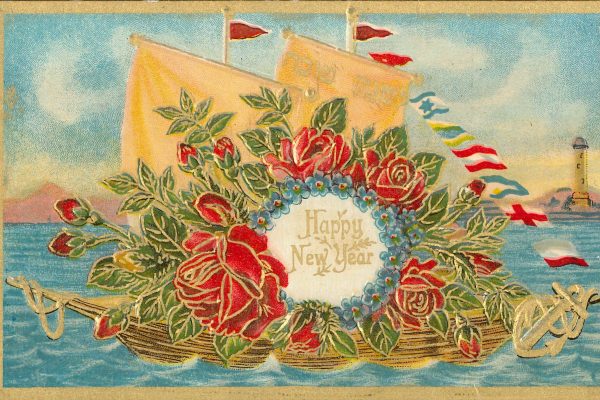 This postcard depicts an illustration of a ship with flowers with the words "L'shana Tova" on the masts. 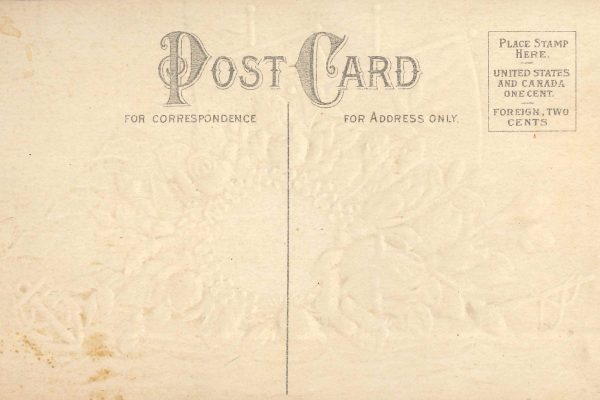 The ship is adorned with various flags, including that of the future state of Israel. 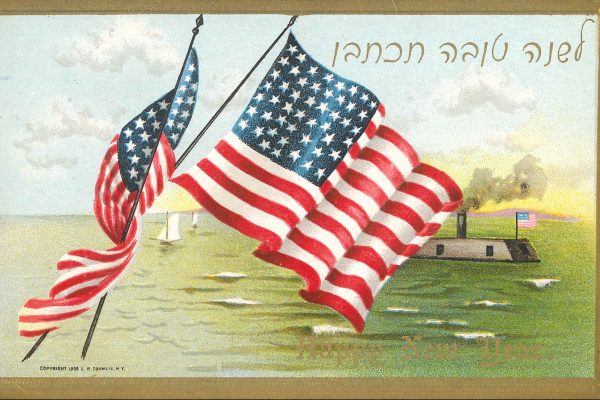 This postcard depicts a scene on the water with two American flags and the Hebrew words "L'shana Tova Metukah." 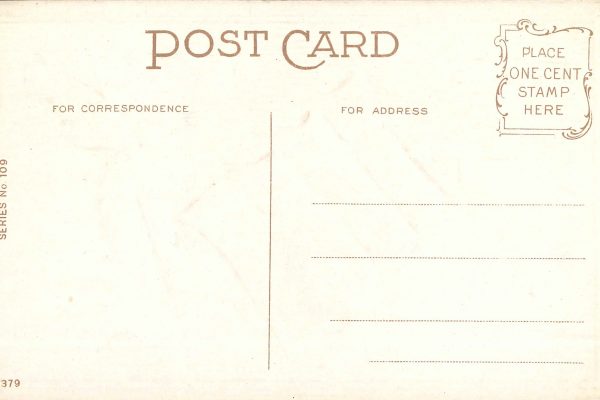 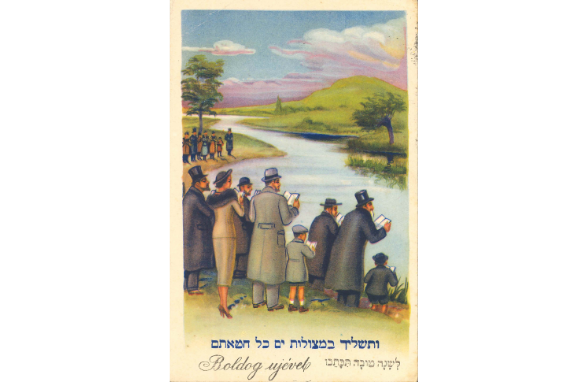 This postcard depicts an illustration of a Jewish community performing Tashlich, the "casting off" of last year's sins. 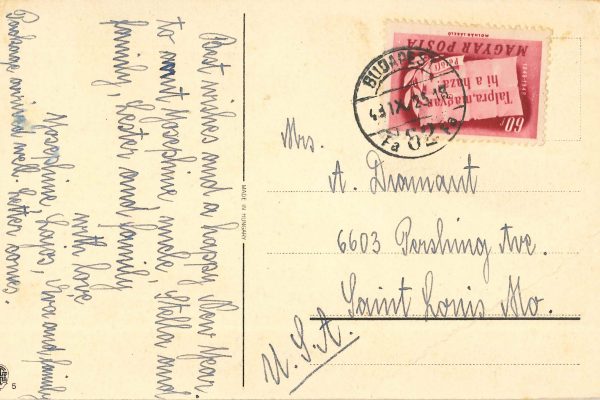 This postcard is addressed from Budapest to a family member in St. Louis, Missouri. 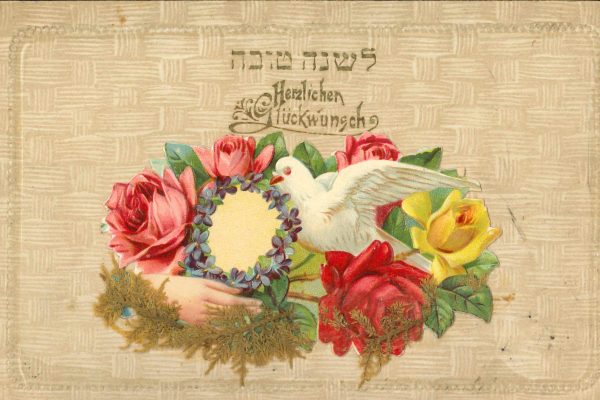 This illustrated postcard has New Year's wishes in both Hebrew, “L’shana Tova,” and German, "Herzlichen Gluckwünsch." 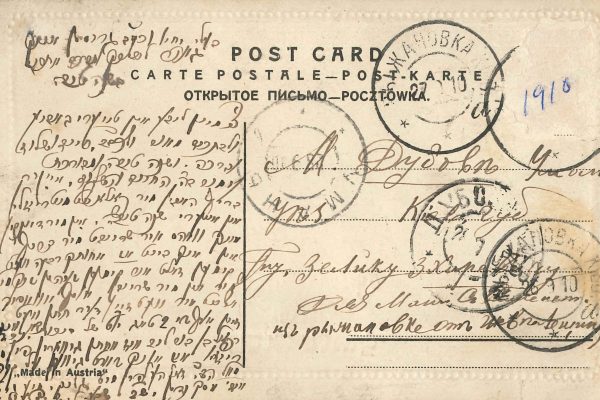 The sender's hand-written message is in Yiddish and a printed line notes that the card was made in Austria. 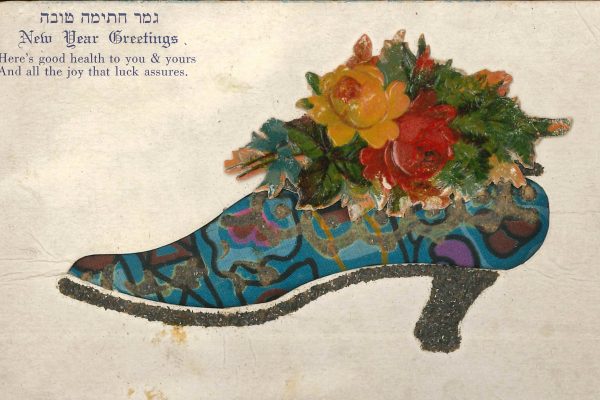 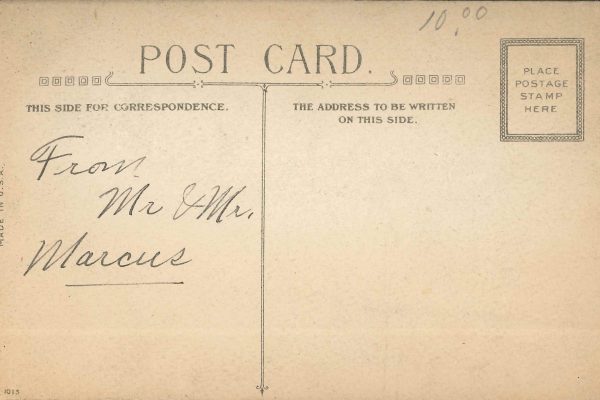 "G'mar Hatimah Tova" translates to "may you be signed and sealed in the book of life." 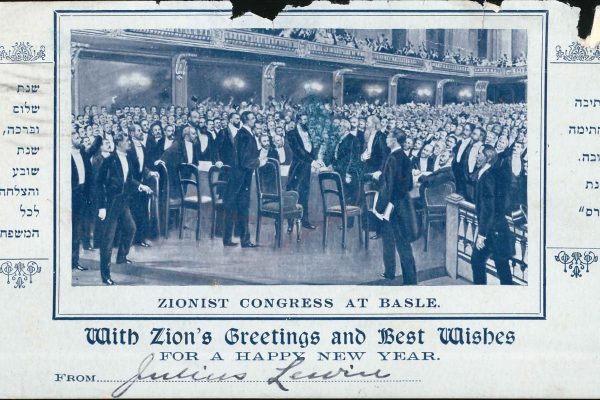 This postcard depicts a photograph of the First Zionist Conference in Basle, Switzerland. 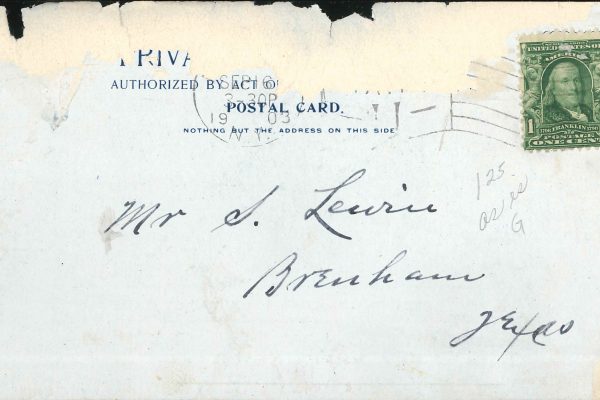 It was published by Z.P Company and was sent circa 1903. 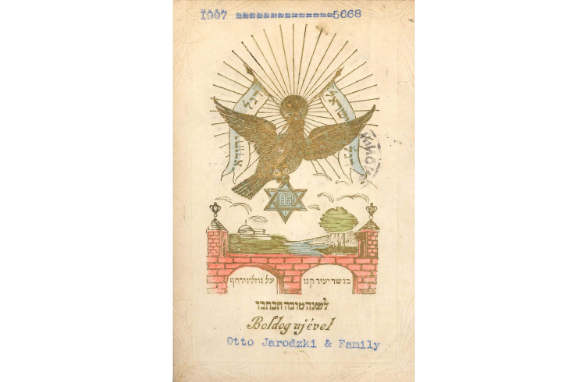 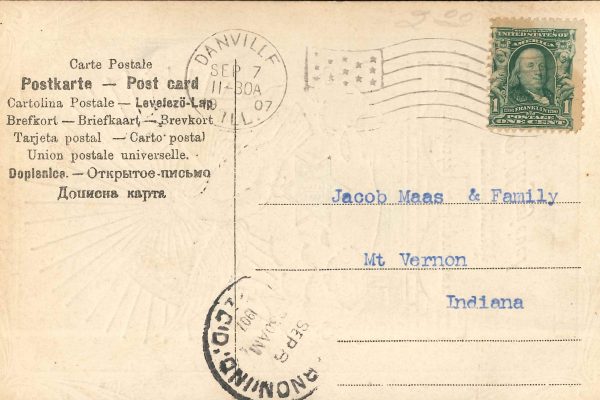 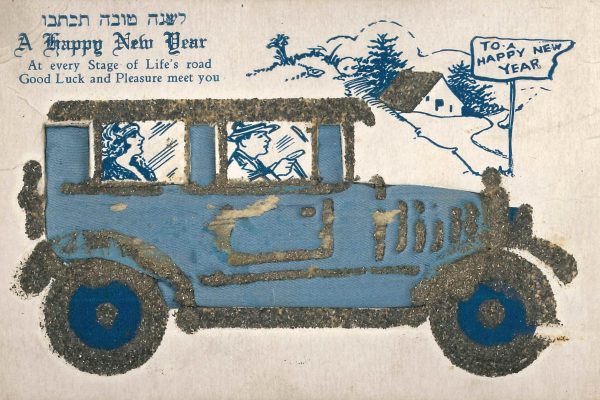 This postcard has on its front a mixed media illustration of a car on a road. 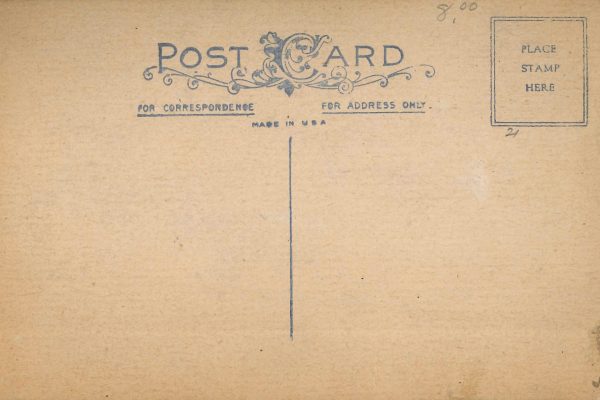 The image is a visual pun, with a wish for luck and pleasure at every stage in life, and a road sign toward a happy new year. 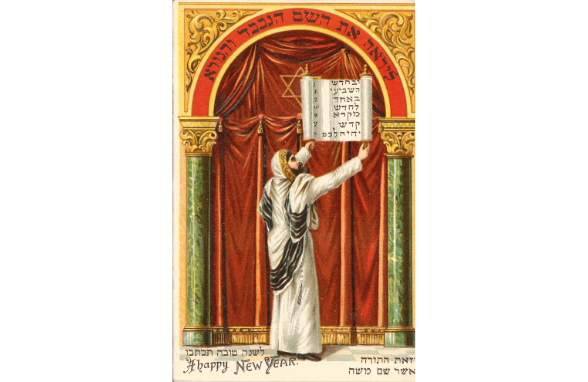 This postcard depicts an image of a Rabbi holding open the Torah to the verse that commands Rosh Hashanah. 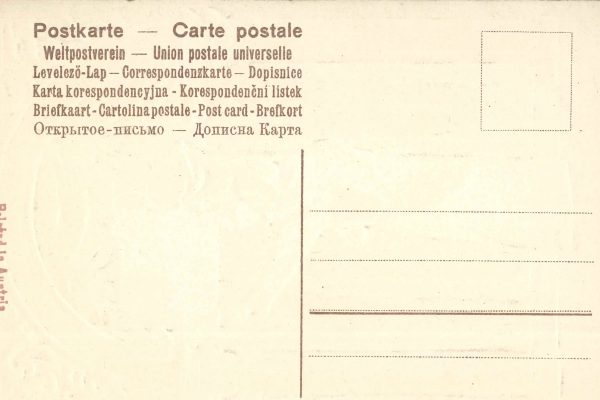 It translates to "And in the seventh month, on the first day of the month, ye shall have a holy convocation." 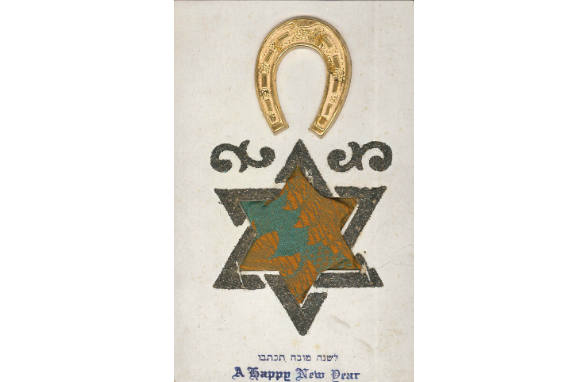 This postcard features a multimedia Jewish star and horse shoe. 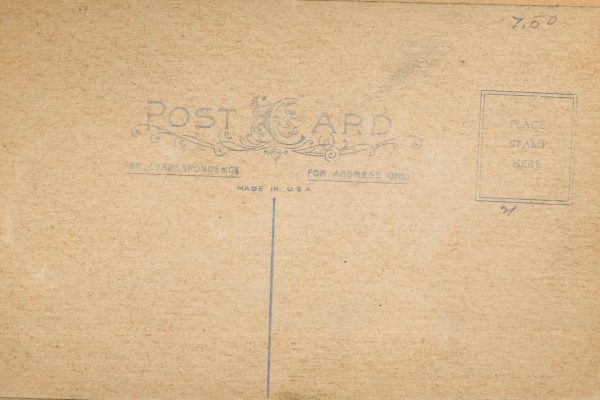 It says "L'shana Tova" in Hebrew and "a happy New Year" in English. 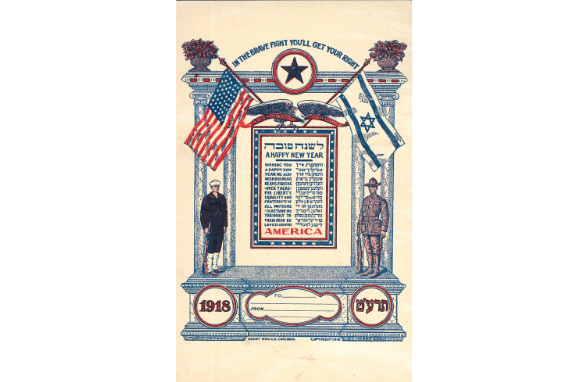 This New Year's postcard has an image of soldiers underneath both an American flag and a flag of the Zionist Movement. 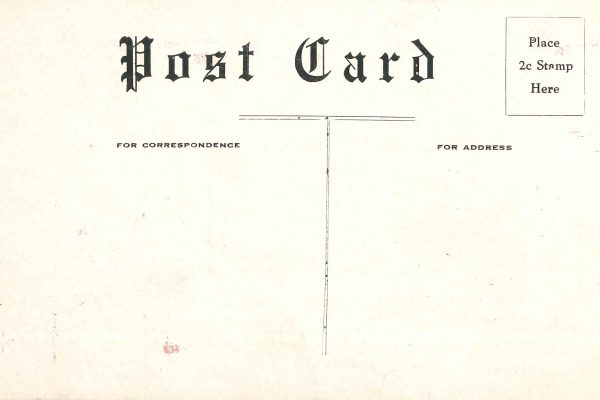 It was published in 1918, likely at the end of WWI, by Glory Nov. Co. publishing in Chicago.