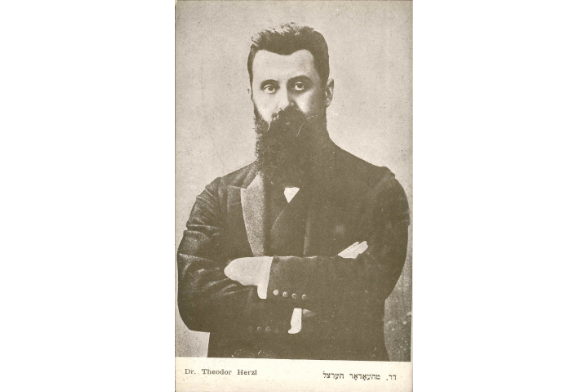 This postcard depicts Theodor Herzl, an Austro-Hungarian political activist known as the "father of zionism." 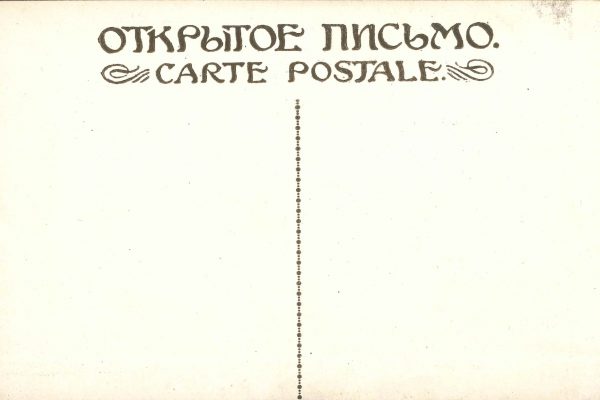 Herzl was the author of such Zionist works as 1895’s The Jewish State and 1902’s Altneuland [Old New Land]. 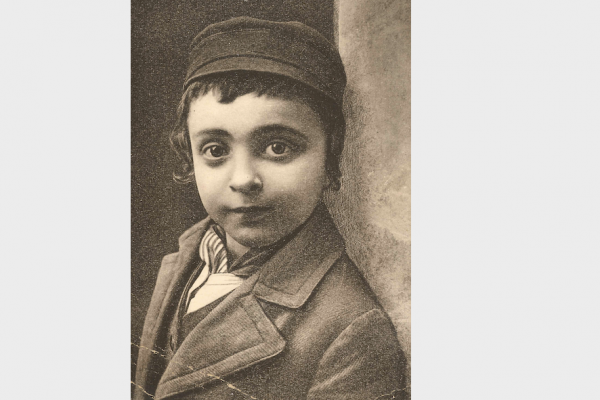 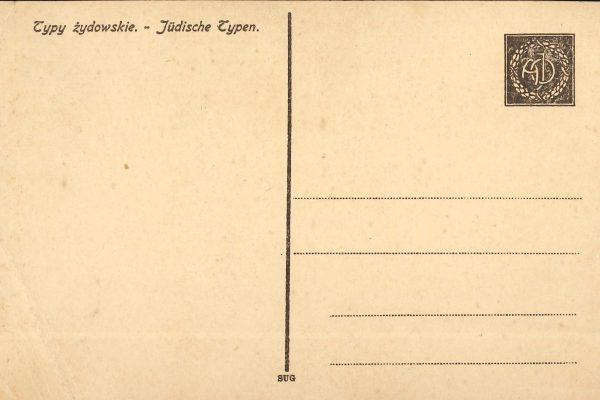 He is following the Orthodox Jewish custom of wearing payot, long sideburns, in his hair.